John J. Radziewicz
Attorney and Notary Public
John Radziewicz was born in Somerville, MA, grew up in Orlando, FL, and currently lives in the Lower Garden District of New Orleans, LA. John received his bachelor’s degree in Political Science from Florida State University and earned his law degree from Loyola University New Orleans College of Law in 2009.  While attending Loyola, he was a member of the Criminal Defense Clinic and the Trial Advocacy Board.   Prior to founding Crescent City Law, John worked at the 9th Judicial Circuit Court of Florida, Office of the Public Defender.  Working with a variety of dedicated and talented teams over the years, he has won many complex criminal and personal injury cases.

In addition to his private practice with Crescent City Law, John has consulted with several firms who needed his expertise in criminal law and immigration law. He is a member of the Orleans Public Defenders Board’s Conflict Counsel Panel and holds a position as Of-Counsel for Sidney L. Shushan, APLC. 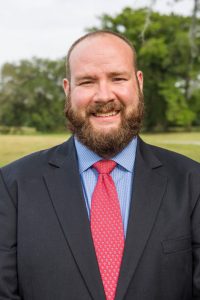